Since I (1) listen to a lot of podcasts, and (2) have a blog, I believe I am qualified to talk about my favorites podcasts of 2017.

Best Produced Podcast
Runners-Up: The Classic Tales Podcast, The Done-in-One Wonders Podcast Wonder Show, No Agenda, The Spirit Blade Underground.
Winner: The Sleeping at Last Podcast.  In this show, Ryan O'Neal (who makes music under the name "Sleeping at Last") discusses the process he goes through to create songs, layering in each piece. It's a fascinating show. 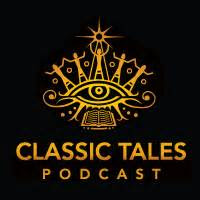 Off Into the Sunset Award, for a show that wrapped up its mission in 2017, and rode off victoriously into the sunset.
Runners-Up: Comics Reflections, Fantastic Fourcast, Pop Culture Affidavit Origin Story
Winner: From Kid to Flash. After 50 excellent episodes, Chris Ivey decided to retire this excellent Wally West podcast.

Where Have You Been All My Life? Award, for a show that started in or before 2016, but that I didn't start listening to (or even heard of, in some cases) until 2017.
Runners-Up: Bat-Books for Beginners, Comic Reflections, Comics & History, White Rocket Entertainment
Winner:  Pulp 2 Pixel Podcasts.

Podfaded But Not Forgotten Award, for a show that ended (or maybe seems to have ended) in 2017, and it's hard to know if or when it's coming back.
Runners-up: Heroes & Hops, King-Size Comics Giant-Size Fun, The Parliament of Rooks
Winner: Geeks On!  They won the "Back from the Dead Award" last year, but after releasing 7 episodes in 2016, they haven't released one since July of that year.

Back From The Dead Award, for shows that seemed to maybe have been dead, but released at least one episode in 2017!
Runners-up: Bookworm Banquet, I Hate/Love Remakes, Tom vs.
Winner: DJ Comics Cavalcade. After taking 5 years off, Thomas Deja returned to the world of comic-book podcasting with 4 episodes, covering issues of Daredevil & House of Mystery.


The Done-in-One Award, for shows that started & ended with ... one episode released.
Runner-Up The Sensational Adventures of Wonder Woman
Winner: The Bottom Shelf Podcast. Great idea, great hosts ... bring this one back, boys! 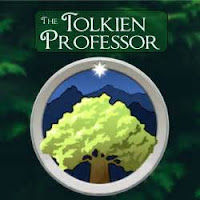 And now on to the two most prestigious awards ...

Winner:  Go Home Hollywood, You're Drunk!  Nathaniel Wayne and (usually) Jon Van Luling take a look at the prior week's events in Hollywood, and do so in an entertaining and informative way. Looking forward to the show's Spring return!

Runners-Up:  Back to the Bins, Men in Blazers, No Agenda, Required Reading.
Winner: The Tolkien Professor. Professor Corey Olsen and his team have two excellent series running in the same feed. In one, they are going through The Hobbit in exquisite detail, and in the other, they are working through the details that would be required to bring The Silmarillion to life on television. The shows in the feed are always smart, geeky, & entertaining.

(*) covering “Two Cities,” the first story that was discussed by Ruth & Darrin Sutherland in episode 13 of their excellent Xenozoic Xenophiles podcast. 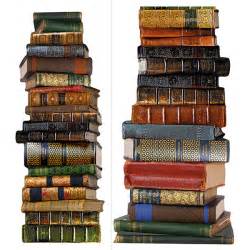 This decrease from the mid-2000s is because I listen to an absolute ton of podcasts, which cut into my reading time. I have also stopped counting graphic novels and comic book collections, after I started listed them weekly on this site, and preparing the monthly Comic Reading Journal episodes. I hope that I can again read 50 books in 2018. That seems an achievable goal.

I have always been a fan of audio, and 41 of the 56 books I consumed this year were via unabridged audio. 15 were traditional dead-tree books, and none were e-books.


The 11 non-fiction works I read break down as follows: (note that the total exceeds 10, as many books fit into more than one category)
Christian/Theology -- 7
Memoir/Biography -- 3
Business -- 2
Personal Management -- 1
Sports/Entertainment -- 1
Posted by Alan at 11:40 AM 0 comments