Over the last month or so, I've been privileged to appear as a guest on a number of my friends terrific podcasts. There are a few more to be recorded and released in the near future, but here are two that have been recently released.

On episode 18 of the Fear the Walking Dead, I joined host Scott McGregor, Sara Tonin, and Mike Zummo to discuss the most recent episode of The Walking Dead. This was the start of the second half of season 7. Listen to us talk all about King Ezekiel, Rick finding a clue, and a pretty impressive zombie kill plan.

On episode 274 of Back to the Bins, Chris Tyler, Paul Spataro & I had some "Silver Age Fun." We covered The Return of Skyman #1, Doom Patrol #122, and The Incredible Hulk #144. Really good stuff, especially that last issue, which had a great Hulk vs. Doctor Doom throwdown.
Posted by Alan at 9:49 AM 0 comments 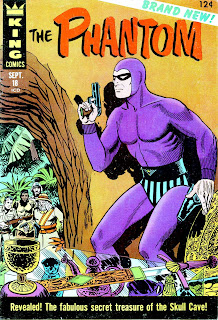 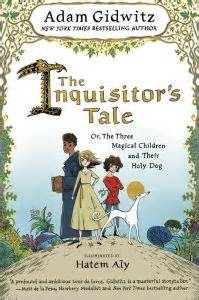 Teaser Tuesdays is a weekly bookish meme, hosted by Ambrosia at The Purple Booker. Anyone can play along!


Grab your current read.
Open to a random page.
Share two (2) “teaser” sentences from somewhere on that page.
BE CAREFUL NOT TO INCLUDE SPOILERS! (make sure that what you share doesn’t give too much away! You don’t want to ruin the book for others!)

Share the title and the author, too, so that other TT participants can add the book to their TBR lists if they like your teasers! Everyone loves Teaser Tuesday!

From Page 30 of The Inquisitor's Tale, by Adam Gidwitz, with illustrations by Hatem Aly..

"We turn toward an old monk with a long white beard, sitting at the far end of the table. His thin hands are stained with ink."
Posted by Alan at 1:15 PM 0 comments