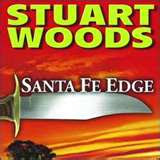 Ed Eagle is not my favorite of Stuart Woods' characters, but this is the weakest of the books so far in this series. Even the inclusion of a few of Woods' other characters (Teddy Fay and Holly Barker) don't lift the book beyond average.

I am a big fan of cause-and-effect in novels, where what happens follows logically from what has happened before. But this book is full of coincidence and luck (both good and bad) that pushes the plot forward. Too many head-shaking moments for me too be satisfied.

The character of Barbara Eagle is a strength here, although the plot elements surrounding her character were a bit predictable. And the plot threads themselves did not resolve -- none of them did. One character even pionts this out in the last chapter, as if Woods knew what he was trying to pull.

I wanted to talk about podfading, the sad situation when a podcast simply stops releasing episodes. I am not talking about shows that have a natural ending (podcasts about Heroes, Lost, or Dollhouse, for example) or that have had a legitimate final show (Geekin), but shows that simply stopped producing new episodes. If you have an active feed, is it too much to ask to produce a 5-minute "we're done" episode? Anyway, here are a few of my favorite podfaded shows:

gspn.tv About The Church -- a terrific show that lost a co-host in August, and did release a few episodes after that, but has been dormant for 6+ months now. The concept was intriguing -- an evangelical and a mainline Christian having open and transparent discussions about a range of faith-related issues.

Super Future Friends -- hilarious coverage of old issues of the comic book series Legion of Super-Heroes. The hosts, Adriana and Kristen, are fangirls who love the characters but just don't understand Silver Age sensibilities. They did only 6 episodes in 2010, and none since October. I miss the show, but they have been busy putting out their webcomics and artwork, so I still follow what they are doing. If you like comic books at all, and like to laugh at them, download the show.

Axed -- another hilarious show, that basically ended in 2009; they did 3 eps in 2010. Host Will and Aaron covered canceled telivions shows, alternating between news episodes and series review episodes. The news episodes are dated, but still have funny moments. But the series reviews are evergreens, with the Birds of Prey, Flash, and Roar episodes especially funny.
Posted by Alan at 10:27 AM 0 comments

Cribbed from Ms. Litwit. This is how it works:

BE CAREFUL NOT TO INCLUDE SPOILERS! (make sure that what you share doesn’t give too much away! You don’t want to ruin the book for others!)
*Share the title & author, too, so that other TT participants can add the book to their to-be-read lists if they like your teasers!

"Washington libbyists have long relied on grassroots techniques to remind legislators that important constituents are watching what they do ... Ninety percent of trade associaitons and eighty percent of corporate representatives recruit influential constituents to carry their message to legislators."

Government and Business, by Richard Lehne

{it's a text for a class I'm teaching this summer}
Posted by Alan at 4:10 PM 0 comments

This is a nice little collection of brief autiobiographies of saints, all of whom had troubling pasts or interesting lives that make them good examples for those of us whose lives aren't straight paths to holiness.

The nine saints chronicled here include a few that I was pretty familiar with, such as St. Augustine and St. John of the Cross. I had heard of a few others, but knew little of them: St. John of God and St. Francis Xavier fall into this category. But there were many here that I was not familiar with and whose lives I found inspiring, such as St. Joseph of Cupertino and St. Margaret of Cortona.

I am a fan of church history and stories of the saint always have interested me, so this book was definitely right up my alley. And I did enjoy it very much.
Posted by Alan at 11:28 AM 0 comments

Graveyard caretaker Oliver Stone (formerly CIA assassin John Carr) has been tasked by the president to take on the Mexican drug cartels. But a bomb and shooting across the street from the White House pulls him, a female MI6 agent, and the rest of the Camel Club into a different adventure. This one has gunfights, betrayals, nanobots, and Russian crime lords.

I like the fact that there is logical continuity among the novels in this series, and that there are consequences to past actions -- I am a huge fan of that, in general. The connectedness of the world that Baldacci has made makes reading the novels an immersive experience.

The intricacies of the plot started to wear on me, the cirlces within circles, as did Stone quickly turning into Sherlock Holmes. That was a character development I did not enjoy. Yes, we know he was a world-class assassin, but that does not mean he should have so many moments of intuition and deduction.

A specific comment about the audiobook version: the main reader who portrayed the male characters was able to inject different personalities into the many characters he voices, while I had trouble differentiating the fewer characters that the female reader had to portray.
Posted by Alan at 11:32 PM 0 comments

Save Me From Myself, by Brian "Head" Welch. Hardcover.

I saw a presentation by the Whosoevers at Cornerstone 2010. It is a terrific ministry that reaches out to the hurting, especially among teenagers and twenty-somethings. Sonny from POD is involved in the work, as is Brian "Head" Welch, formerly of the huge rock band Korn.

Welch documents his spiritual journey in this memoir, and it is a fascinating journey he takes us on. The style of the prose is not flowery or self-aware, which makes for a pretty quick read. The vulnerability and honesty on display is the strength of the book, as Welch does not seem to be hiding any of his struggles, both pre- and post- conversion. Numerous people in the book are referenced simply by nicknames or initials, and this narrative device lends credence to the notion that he is being honest in all these stories.

Examples of how "the hounds of heaven" were constantly nipping at him throughout his life grounds the rock-n-roll part of his story. He talks about the lessons he has learned, and how his new perspective has informed that part of his life.

I was also interested at the post-conversion part of his story, which takes up maybe a third of the book. His struggles with various churches, as well as detailing his sanctification process, his continued struggles with depression, all gave the impression that he was not interested in whitewashing any part of his hard journey.
Posted by Alan at 11:33 PM 0 comments

In the last decade or so, Tom Clancy has been busy building his multi-media conglomerate, from video games to movies to licensed book series. But approximately seven years have passed since he has added to the core of his works, the novels of the Jack Ryan universe.

This is the first novel in the "Ryanverse" to have a co-author (Grant Blackwood), which is a technique he has previously reserved for his ancillary series, such Op-Center and NetForce. But he seems to be following in the footsteps of other big-name authors by franchising his works out to enable him to produce novels more frequently. The next Ryanverse novel (with a different co-author) is due out in June 2011, just seven months after this was released.

But on to the book itself. Enough of the stable of characters I like from past Clancy novels are here -- Jack Sr., Ding, John Clark -- but I am not a big fan of Jack Jr., who is taking a more prominent role in the novels. There is not a lot of character development, except perhaps in the case of Jack Jr., but the story overall is interesting.

I am guessing that the novel would have been more moving to me if I had read it when it first came out, as world events have overtaken the novel. In the continuity of the Ryanverse, the 9/11 attacks were carried out by "the Emir," and this novel involves attempts to capture and arrest him. This would have been more emotionally impactful had Osama Bin Laden still been alive when I read the book. I am intrigued how Clancy will hadle this in the next novel, or the one to follow if it is too late to change the upcoming manuscript.

I am still "in" with the Clancy novels, but if I sense any quality decline as the works are spread out among a range of co-authors, I will consider jumping off.
Posted by Alan at 10:35 AM 0 comments